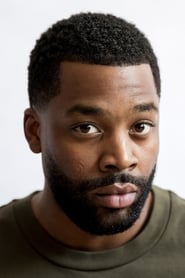 LaRoyce Hawkins is a television, film, and theatre actor. Born and raised in Harvey Illinois in the Chicago South Suburbs. He was raised by his mother Leah Bradley and his father Leonard Hawkins.

LaRoyce attended Thornton High School where he first became interested in acting and stand-up comedy. He attended Illinois State University on a full tuition scholarship where he majored in Acting.