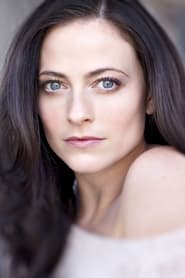 ​Lara was born and raised in Kent, UK. She studied drama with the NYMT and went on to gain a BA Hons degree in Theatre.

Lara's extensive theatre career led her to gain a Laurence Olivier Award nomination for her portrayal of Lucille Frank in Rob Ashford's production of Parade at The Donmar Warehouse. She was invited to re-create the role at The Mark Taper Forum in Los Angeles opposite TR... Read more