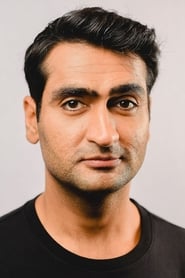 Kumail Ali Nanjiani (born May 2, 1978) is a Pakistani-American comedian, actor, and screenwriter. He is primarily known for his role as Dinesh in the HBO comedy series Silicon Valley (2014–2019) and for co-writing and starring in the romantic comedy film The Big Sick (2017). For co-writing the latter with his wife, Emily V. Gordon, he was nominated for the Academy Award for Best Original... Read more