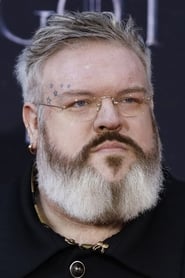 Kristian Nairn is a Northern Irish Actor and Musician. He is a successful DJ, having performed alongside acts such as the Scissor Sisters. He has worked Worldwide. Game of Thrones marks Nairn's first major acting role. He plays the role of the enigmatic fan favorite character, Hodor. He also appeared as a guest on episode 37 of the comedy podcast.