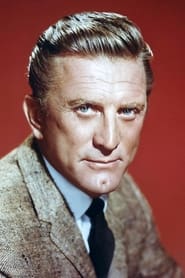 Kirk Douglas (born Issur Danielovitch; December 9, 1916 – February 5, 2020) was an American actor, producer, director and author. He grew up as Izzy Demsky and legally changed his name to Kirk Douglas before entering the United States Navy during World War II. During his career, Douglas appeared in more than 90 movies and was known for his explosive acting style. He became an international... Read more