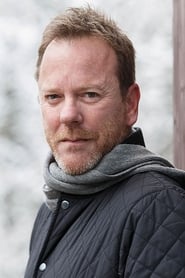 Kiefer Sutherland is a British-Canadian actor, producer and director, best known for his portrayal of Jack Bauer on the Fox thriller drama series 24. He has won an Emmy Award and Golden Globe award. He is the son of Canadian actors Donald Sutherland and Shirley Douglas.