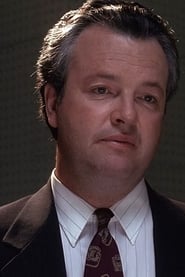 McNulty was born in Penticton, British Columbia, Canada. He has acted on three aviation movies: Falling from the Sky: Flight 174 with William Devane,Final Descent with Robert Urich and Snakes on a Plane with Samuel L. Jackson. He had a supporting role to Roger Moore and Nancy Allen in Bill Condon'sThe Man Who Wouldn't Die (1995). McNulty also appeared in the 2009 remake... Read more