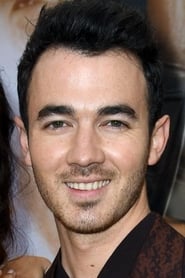 Kevin Jonas (born November 5, 1987) is an American musician and actor. He is a member of the Jonas Brothers, a pop rock band he created with his younger brothers Joe and Nick. The Jonas Brothers originally started as a solo singing career for Nick, but when Joe and Kevin sang backup for him, the record producer liked their sound and signed all three of them with Columbia Records. In 2008, he... Read more