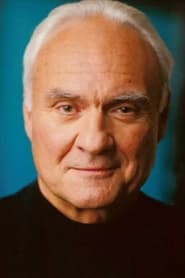 Kenneth Welsh, CM (March 30, 1942- May 5, 2022) was a Canadian film and television actor (sometimes credited as Ken Welsh). He was known to Twin Peaks fans as the multi-faceted villain Windom Earle, and had more recently played the father of Katharine Hepburn (Cate Blanchett) in Martin Scorsese's The Aviator.

In 1984 he was nominated for a Genie Award as Best Actor for his portrayal of Reno... Read more