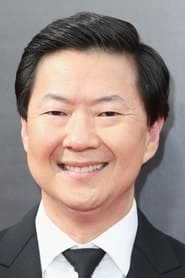 A real-life physician-turned-actor, Ken Jeong lit up the Hollywood radar with scene-stealing performances in high-grossing feature comedies like "Knocked Up" (2007) and "The Hangover" (2009). As a medical student in North Carolina, Jeong performed stand-up comedy in local clubs. He continued to hone his act while serving a residency in New Orleans, wherein in 1995 he won a comedy contest that... Read more