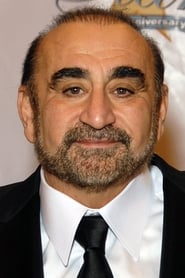 Kenneth "Ken" Davitian (born June 19, 1953) is an American actor who is best known for his role as Borat's producer (Azamat Bagatov) in the 2006 comedy film Borat: Cultural Learnings of America for Make Benefit Glorious Nation of Kazakhstan, in which he speaks the Eastern dialect of Armenian throughout the film.