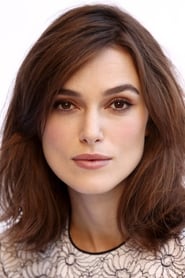 Keira Christina Knightley OBE, is an English actress and model. She began acting as a child and came to international prominence in 2002 after co-starring in the films Bend It Like Beckham and Pirates of the Caribbean: The Curse of the Black Pearl. Knightley has appeared in several Hollywood films and earned nominations for the Academy Award for Best Actress and Golden Globe Award for Best... Read more