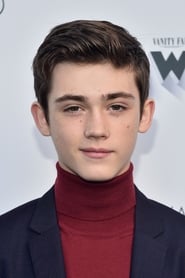 Keidrich Sellati is an American child actor best known for his starring role as Henry Jennings in the period drama television series The Americans, since 2013.

Born in Colorado, Sellati has been a New Yorker since 2009. He realised his passion for performing and within the span of a year had booked a commercial print ad for Scholastic Choice Magazine, voiced audiobooks for Random House... Read more