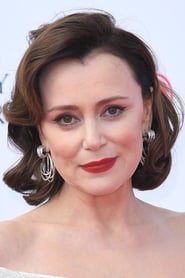 Keeley Hawes is an English actress, born in London and educated at the Sylvia Young Theatre School. She began her career in a number of literary adaptations, including Our Mutual Friend (1998), Wives and Daughters (1999), Tipping the Velvet (2002), and The Canterbury Tales (2003). She portrayed Zoe Reynolds in the BBC espionage drama series Spooks from 2002 to 2004, followed by her co-lead... Read more