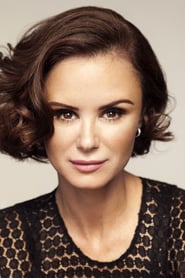 Keegan Connor Tracy is a Canadian actress known for her roles as the ill-fated Kat Jennings in Final Destination 2 (2003), the Blue Fairy inABC's Once Upon a Time as well as her role as Miss Watson on the first season of Bates Motel. Other work includes roles on Beggars and Choosers, Stargate SG-1, Jake 2.0, The 4400, Psych, Battlestar Galactica, Supernatural and White Noise.