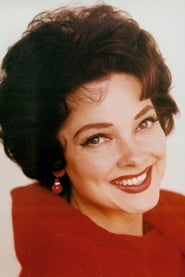 Kathryn Grayson  (February 9, 1922 – February 17, 2010) was an American actress and operatic soprano singer. From the age of twelve, Grayson trained as an opera singer. She was under contract to MGM by the early 1940s, soon establishing a career principally through her work in musicals. After several supporting roles, she was a lead performer in such films as Thousands Cheer (1943),