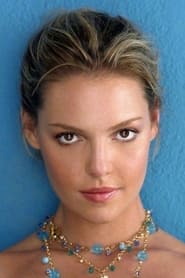 Katherine Marie Heigl (born November 24, 1978) is an American actress and former fashion model. She is best known for her role as Dr. Izzie Stevens on the ABC television medical drama Grey's Anatomy from 2005 to 2010, a role that brought her recognition and accolades, including the Primetime Emmy Award for Outstanding Supporting Actress in a Drama Series in 2007.

She started her career as a... Read more