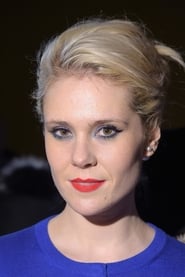 Kate Marie Nash (born 6 July 1987) is an English singer, songwriter, musician and actress. Nash rose to prominence in the UK with the sleeper hit "Foundations" (2007). Her debut album, Made of Bricks, peaked at number 1 in the UK and number 36 in the US. Nash won the award for Best British Female Artist at the 2008 Brit Awards.

Her second studio album, My Best Friend Is You, was released in... Read more