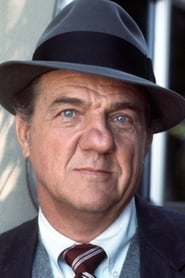 Karl Malden (born Mladen George Sekulovich; March 22, 1912 – July 1, 2009) was an American actor. He was primarily a character actor who for more than 60 years brought an intelligent intensity and a homespun authenticity to roles in theater, film and television, especially in such classic films as A Streetcar Named Desire (1951) — for which he won the Oscar for Best Supporting Actor — On... Read more