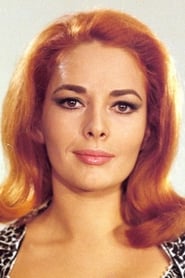 Karin Dor (born February 22, 1938, Wiesbaden, Germany) was a German actress who became popular in the 1960s playing heroines in Edgar Wallace and Karl May movies. She starred in the James Bond movie You Only Live Twice and the Alfred Hitchcock movie Topaz.

Dor was born as Kätherose Derr. She was married to George Robotham, a U.S. stunt-director, from 1988 until his death in 2007. The couple... Read more