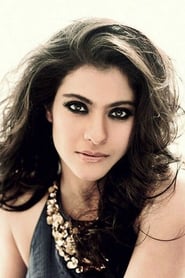 Kajol (born Kajol Mukherjee), also known by her married name Kajol Devgan, is an Indian film actress, who predominantly works in Hindi cinema. Born in Mumbai to the Mukherjee-Samarth family, she is the daughter of actress Tanuja Samarth and late filmmaker Shomu Mukherjee. Regarded as one of India's most successful and highest-paid actresses, Kajol is the recipient of numerous accolades,... Read more