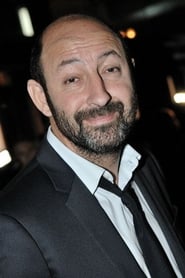 Kad Merad is a French-Algerian filmmaker and actor who has acted both on stage and on screen.

Kad Merad was born in Sidi Bel Abbès, Algeria, on March 27, 1964 to an Algerian father and a French mother.

During his teens, he played drums and sang with various rock bands. Soon afterwards, he started playing as an animator in Club Med alongside the Gigolo Brothers troop.