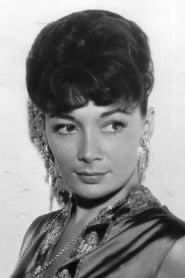 Juliette Gréco (7 February 1927 – 23 September 2020) was a French singer and actress. Her best known songs are "Jolie Môme", "Déshabillez-moi" and "La Javanaise". She often sang tracks with lyrics written by French poets such as Jacques Prévert and Boris Vian, as well as singers like Jacques Brel and Serge Gainsbourg. Her sixty-year career finished in 2015 when she began her last... Read more