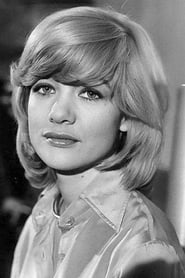 Judith Amanda "Judy" Geeson (born 10 September 1948) is a British actor.Her first major film appearance was as wayward teenager Pamela Dare in To Sir, with Love in 1967 alongside Sidney Poitier and popular singer Lulu. In the same year, she appeared in Berserk!. She became well-known as a result of a regular role in the BBC early-evening soap opera, The Newcomers. She also had a major role in... Read more