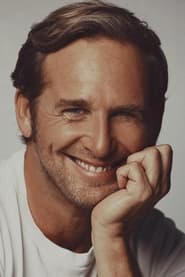 Over his career, Josh Lucas has worked with many of the film community's greatest talents. He has starred alongside Jon Voight in Jerry Bruckheimer's Glory Road (2006), for which Lucas added 40 pounds to transform himself into legendary basketball coach Don Haskins. Lucas also starred with Kurt Russell and Richard Dreyfuss in Wolfgang Petersen's Poseidon (2006). He starred with Morgan Freeman... Read more