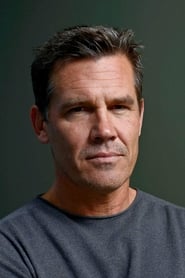 Joshua James Brolin (born February 12, 1968) is an American actor. He is the recipient of several accolades, including a Critics' Choice Movie Award, an Independent Spirit Robert Altman Award, a Hollywood Film Award, a Saturn Award, and a Screen Actors Guild Award, and has been nominated for an Academy Award and two Satellite Awards.

Brolin has appeared in films such as The Goonies (1985),