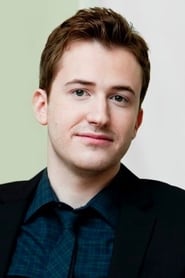 Joseph Mazzello III (born September 21, 1983) is an American actor who is best known for his roles as Tim Murphy in Jurassic Park, Eugene Sledge in the HBO miniseries The Pacific, and Dustin Moskovitz in The Social Network. Mazzello was born in Rhinebeck, New York, and raised in Hyde Park, New York, the son of Ginnie and Joseph Mazzello, Jr., who owned a performing arts school. He has one... Read more