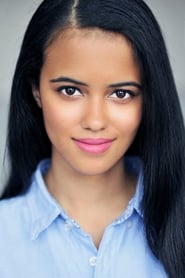 Loughran's credits include Disney's "Evermoor" and the online series "Dixi." In 2010, her breakthrough role was in the critically acclaimed theater production "Spur of the Moment" at England's famed Royal Court Theatre. She has also appeared on stage in "The Chronicles of Kalki." A lover of foreign languages, Loughran studied French and Spanish at King's College in London.