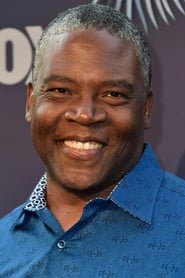 Jonathan Adams (born July 16, 1967) is an American actor and voice actor. He is best known for playing Chuck Larabee on the sitcom Last Man Standing and Dr. Daniel Goodman during the first season of the crime drama Bones.

He has been a series regular on NBC's American Dreams (2002–05), and in the short-lived ABC crime drama Women's Murder Club. He's had recurring roles on The American... Read more