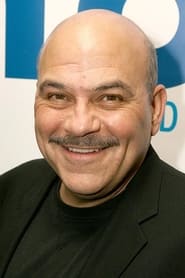 Jon Polito (born December 29, 1950 — September 1, 2016) was an American actor. In a career spanning 35 years and over 220 film and television credits, he became best known for his work with the Coen Brothers, most notably as the Italian gangster Johnny Caspar in Miller's Crossing. He also appeared in the first two seasons of Homicide: Life on the Street and on the first season of Crime Story.