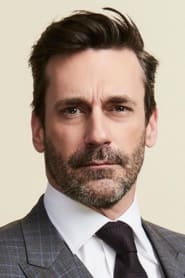 Jonathan Daniel "Jon" Hamm (born March 10, 1971) is an American actor who works primarily in television. For much of the mid-1990s, Hamm lived in Los Angeles as a struggling actor appearing in small parts in multiple television series, including Providence, The Division, What About Brian and Related. In 2000 he made his feature film debut in Clint Eastwood's space adventure, Space Cowboys. The... Read more