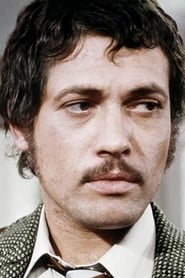 Jon Finch (1941-2012) was an English actor noted for many Shakespearean roles. Perhaps his most notable role was Macbeth in Roman Polanski's film adaptation of Macbeth (1971).

Finch was born in Caterham, Surrey. He appeared in films such as the Alfred Hitchcock thriller Frenzy (1972), portraying a man wrongly accused of murder, Death on the Nile (1978), and in one of his last roles, a small... Read more