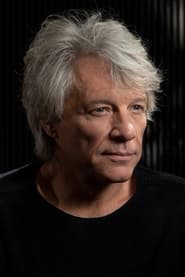 Jon Bon Jovi (born John Francis Bongiovi, Jr.; March 2, 1962) is an American musician, singer, songwriter, and actor, best known as the founder and lead singer of Bon Jovi. Throughout his career, he has released two solo albums and eleven studio albums with his band which have sold over 130 million albums worldwide.

As a solo artist, Bon Jovi has numerous awards for his work, including a... Read more