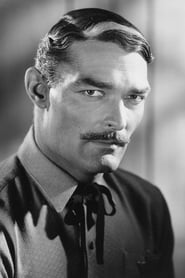 John Lawrence Russell was an American actor, and World War II veteran, most noted for playing Marshal Dan Troop in the successful ABC western television series Lawman from 1958 to 1962, and his lead role as international adventurer Tim Kelly in the syndicated TV series Soldiers of Fortune from 1955 to 1957.

Russell signed a contract with 20th Century Fox in 1945 and made his first film... Read more