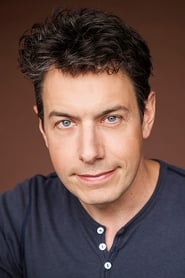 John Ross Bowie (born May 30, 1971) is an American actor and comedian best known for playing Barry Kripke in The Big Bang Theory, and modeling as the benefits spokesperson for Target Corporation "Ben E. Fitz". He has also appeared in commercials for Progressive and appeared in the film What The Bleep Do We Know? opposite Marlee Matlin. He has also made guest appearances on shows such as Reno... Read more