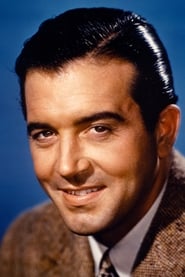 John Payne was an American stage, screen, and television actor. He is best remembered as a singer in 20th Century Fox musical films and for his roles in Miracle on 34th Street (1947) and the television series The Restless Gun (1957-1959).