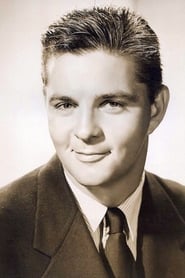 John Newman Mitchum was the September child of a Norwegian mother and an Irish/Blackfoot father whom he never knew, as he was killed in a tragic train yard accident in 1919. His two-years-older brother Robert filled the role as best as he could, while their older sister Annette studied the lively arts and eventually joined a traveling vaudeville team. Born in Bridgeport, Connecticut, the young... Read more