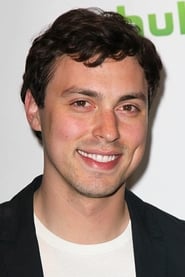 John Francis Daley (born July 20, 1985) is an American television and film actor, singer, and director, sometimes credited as John Daley or John Francis Daly. He is best known for playing Sam Weir on the NBC comedy-drama Freaks and Geeks and his current role as Lance Sweets on the series Bones. He plays keyboards and vocals for the band Dayplayer.