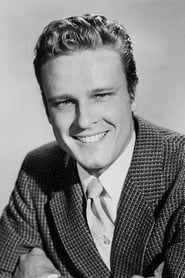 John Ericson (sometimes Erickson; born Joachim Alexander Ottokar Meibes; September 25, 1926 - May 3, 2020) was a German-American actor and film and television star. He trained at the American Academy of Dramatic Arts in New York, played the lead role in Stalag 17 by Donald Bevan and Edmund Trzcinski on Broadway (1951). He went on to make a number of films for MGM in quick succession in... Read more