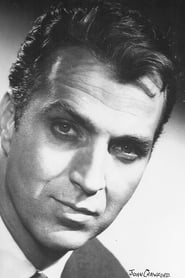 Burly, handsome and rugged character actor John Crawford appeared in over 200 movies and TV shows combined in a career that spanned over 40 years, usually cast as tough and/or villainous characters.

Crawford was born Cleve Richardson on September 13, 1920, in Colfax, Washington. He was discovered by a Warner Bros. scout while attending the University of Washington's School of Drama. Although... Read more