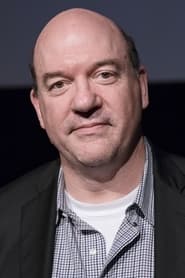 John Carroll Lynch (born August 1, 1963) is an American actor, known for his role as Drew Carey's cross-dressing brother on The Drew Carey Show, and for his role as Norm, the unassuming husband of Margie Gunderson (Frances McDormand) in Fargo.

In the fall of 2003, he starred in the CBS show The Brotherhood of Poland, New Hampshire, with Randy Quaid, Chris Penn, Mare Winningham, Elizabeth... Read more