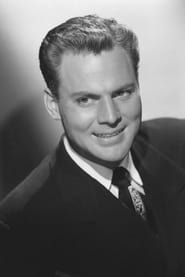 John G. Agar (January 31, 1921 – April 7, 2002) was an American actor. He starred alongside John Wayne in the films Sands of Iwo Jima and She Wore a Yellow Ribbon, but was later relegated to B movies, such as Tarantula, The Mole People, The Brain from Planet Arous, Flesh and the Spur, and Hand of Death. He also starred with Lucille Ball in the 1951 movie The Magic Carpet.

Agar was born in... Read more