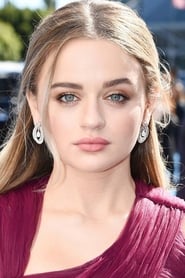 Joey Lynn King (born July 30, 1999) is an American actress. She first gained recognition for portraying Ramona Quimby in the comedy film Ramona and Beezus (2010) and has since gained wider recognition for her lead role in The Kissing Booth (2018) and its two sequels. King received critical acclaim for her starring role in the crime drama series The Act (2019), for which she was nominated for... Read more