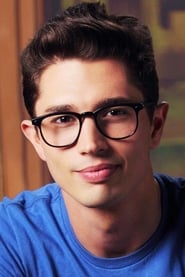 Joe Dinicol (born December 22, 1983) is a Canadian actor. Dinicol was born in Stratford, Ontario, the son of acting coach and actor Keith Dinicol. He started his career as a child actor at the Stratford Shakespeare Festival, and has since appeared on national Canadian television series Train 48 and Rideau Hall. On stage, he has appeared in Antony and Cleopatra, Richard III, Waiting for Godot,... Read more