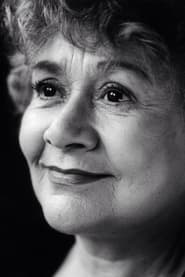 Joan Ann Plowright, Lady Olivier, DBE (born 28 October 1929), better known as Dame Joan Plowright, is an English actress, whose career has spanned over sixty years. Throughout her career she has won two Golden Globe Awards and a Tony Award and has been nominated for an Academy Award, an Emmy, and two BAFTA Awards. Joan Plowright is also one of only four actresses to have won two Golden Globes in the same year.