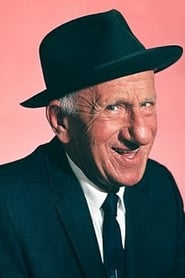 Comedian, composer, actor, singer and songwriter ("Inka Dinka Doo") Jimmy Durante was educated in New York public schools. He began his career as a Coney Island pianist, and organized a five-piece band in 1916. He opened the Club Durant with Eddie Jackson and Lou Clayton, with whom he later formed a comedy trio for vaudeville and on television. He appeared in the Broadway musicals "Show Girl",... Read more