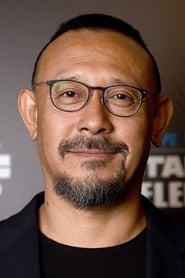 Jiang Wen (born 5 January 1963) is a Chinese film actor, screenwriter, and director. As a director, he is sometimes grouped with the "Sixth Generation" that emerged in the 1990s. Jiang is also well known internationally as an actor, having starred with Gong Li in Zhang Yimou's debut film Red Sorghum (1986), and more recently as Baze Malbus in the Star Wars film Rogue One (2016). He is the older brother of fellow actor Jiang Wu.