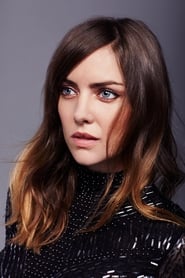 Jessica Leigh Stroup (born October 23, 1986) is an American actress and fashion model. She is best known for her role as Joy Meachum in Marvel's Iron Fist, as well as for long running roles on the shows The Following and 90210. She has also appeared in such feature length films such as Prom Night and The Hills Have Eyes 2.