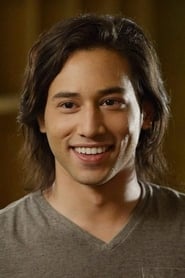 Born and raised in Montreal, Jesse Rath is best known for his role as Carter Boyd in the CBC series 18 to Life, for which he received a 2010 and 2011 Gemini Award nomination. Other small screen credits include lead roles in Mudpit and Disney Channel’s Aaron Stone as well as guest star appearances in Cra$h and Burn, My Babysitter’s a Vampire, and Being Human. Rath’s feature film credits... Read more