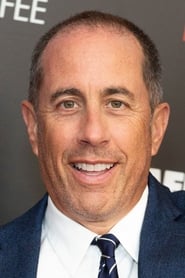 Jerome "Jerry" Seinfeld (born April 29, 1954 in Brooklyn, New York, U.S.) is an American stand-up comedian, actor, writer, and television and film producer, known for playing a semi-fictional version of himself in the situation comedy Seinfeld (1989–1998), which he co-created and co-wrote with Larry David, and, in the show's final two seasons, co-executive-produced.